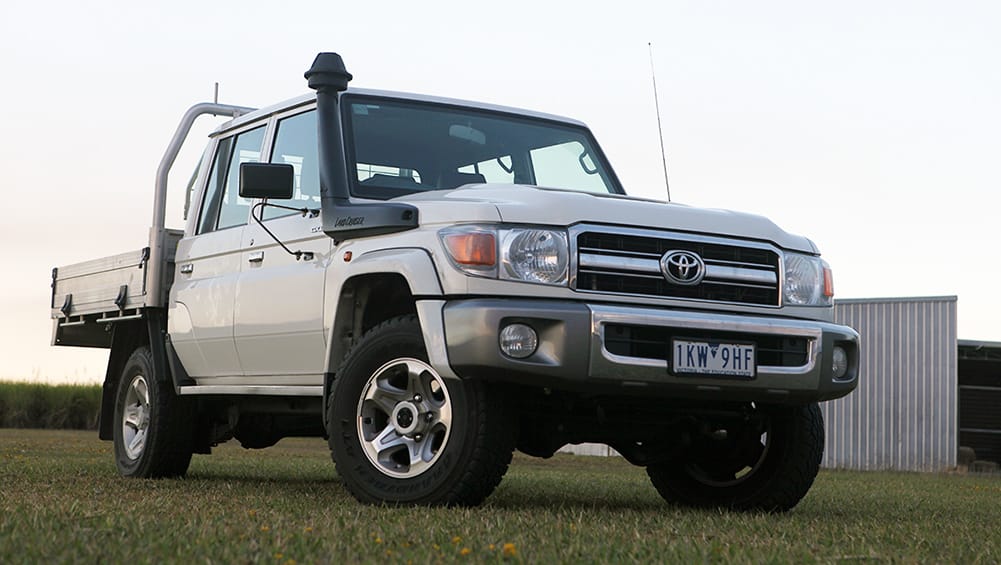 LandCruiser is still the king of the road and also one of the most frequent sights in rural Australia and the outback.

The 79 Series Landcruiser is designed for mainly off road touring as it can cope with both sweltering and icy conditions.

You’ll enjoy its features and stylistic design as no matter what you throw at this car you’ll get to wherever you’re going safely. This makes the 79 LandCruiser stand out on the road in comparison to other 4 wheel drives.

In this article, we will review the 79 Series LandCruiser. Hopefully, it can help you decide if this vehicle is the one for you. 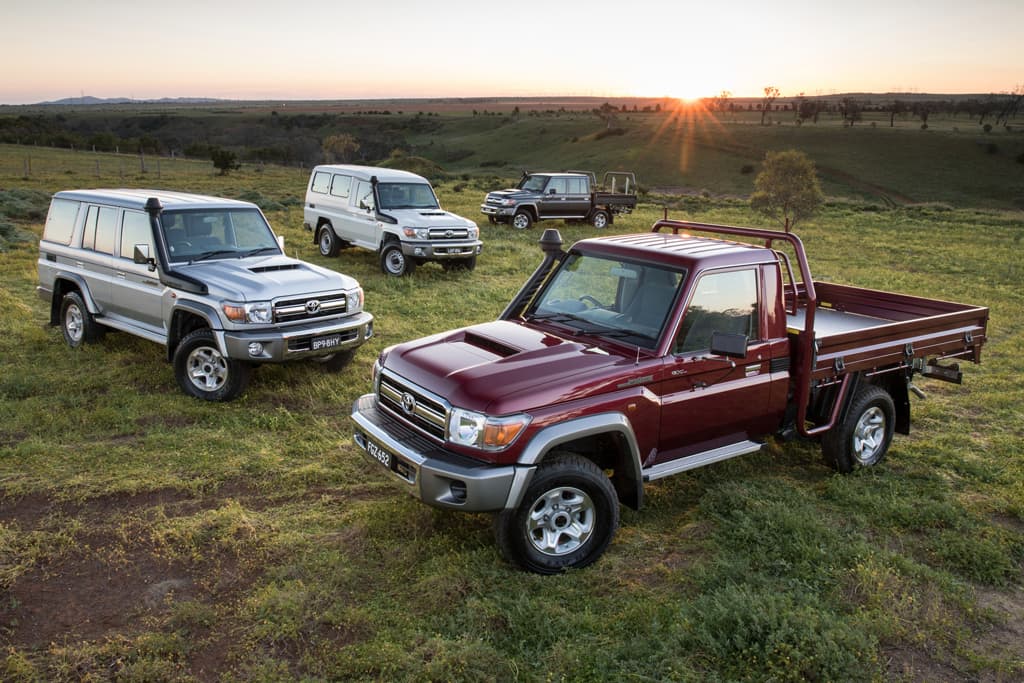 The 70 Series arrived at the market during the 1980s. There are three variants of this model which are Workmate, GX and GXL.

The 70 Series two different body styles, the dual cab and the single cab. The GX is available in a single cab while the Workmate and GXL come in single or dual cab body. All variants also have 4.5L V8 turbo diesel engine with 5-speed manual transmission and cruise control.

With the 79 Series LandCruiser, you’ll get a nice size dash with a powerful antenna, USB and authority input, radio and CD system, Bluetooth and MP3 connectivity, air vents and clock.

The seats are comfy even though they have limited adjustability. The height of this vehicle matches the vertical windscreen, allowing good visibility for the driver.

If you choose the GXL variant, you’ll get extra trimmings such as carpet flooring, central locking, cloth trim and remote keyless entry.

And if you prefer something that provides sufficient space for your passenger, the dual-cab range variants are worth considering.

The 79 Series LandCruiser does not have climate control, and it has retro-looking radio buttons, and air vents control. For some people, it’s no big deal as the vehicle is associated with the outback, and it is also Toyota’s signature style.

Let’s talk about the engine 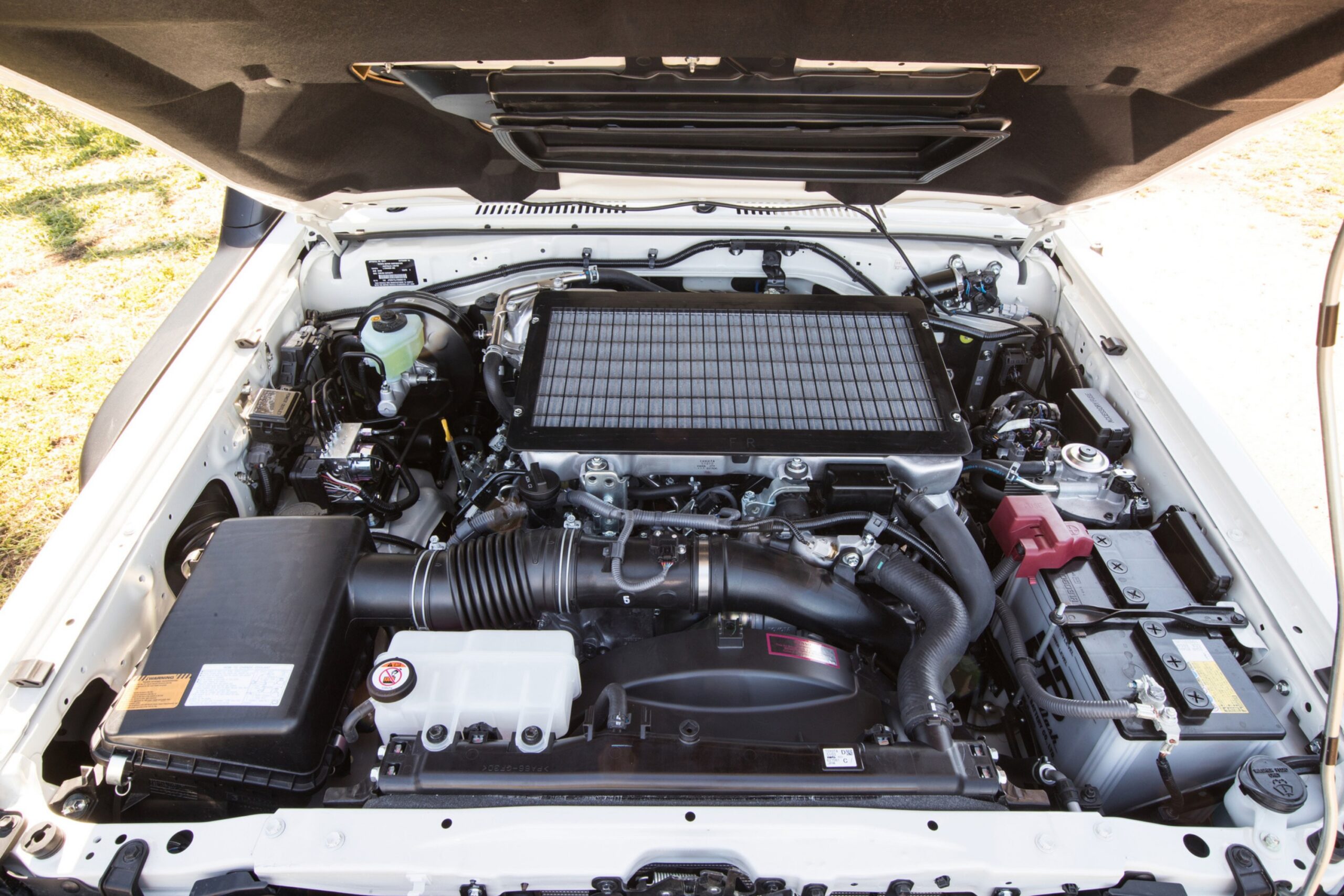 The 79 Series Toyota LandCruiser comes with a 4.5L turbo-diesel V8 engine with 5-speed manual transmission. It provides low down torque which makes it ideal for carrying big loads, towing and off-road driving.

The good thing is… all variants of land cruiser 79 series comes in either automatic or manual transmission depending on the model. This can be especially helpful for off-road use as the manual transmission can get you out of any sticky situations you might encounter.

If you’re curious about the dimensions of the 79 Series…

The 79 Series land cruiser does not have the modern rack and pinion setup, but it does not affect driving performance. Still, it can give you the best feel while driving the outskirts of Australia.

It has a more pronounced body roll when cornering compared to other mid-range four-wheel drives. It may have a skinnier wheel track, but that does not affect driving performance.

Also it has a stiff suspension which is quite reasonable with a heavy load off-road vehicle. Anyway, there is reduced stiffness when you’re carrying a heavy load which can also smooth out the impacts in lumps.  So, get ready for a wild and exciting drive!

You may also notice the vibration when you put the pedal to the middle, but that’s not surprising with a rough and powerful Toyota ute.

Honestly, the 79 Series may not be for you if you’re looking for vehicles with perfect ride quality.

But, I know that not the reason why you’re here…

Rest assured, the 79 Series is one of the few utes in Australia that give a satisfying off-road drive.

The 79 Series has a towing capacity of 3500 kgs, ideal for carrying a big load while exploring the outback.

Fuel efficiency could be the weak point of the 79 Series, but that’s not surprising with a turbo-diesel V8.

On the other hand, the 2017 update may have entirely fixed the issue. The gearbox tweak has extended the 5th gear to 15 per cent which also improves the driving performance.

With these improvements, the 79 Series Landcruiser can cruise along at 100km/hr revving around 2000rpm.

Interestingly, the new gearbox also decreases overall fuel use around 10 per cent.

Some minor issues that you may encounter:

Well, we have been discussing the useful features of the 79 Series LandCruiser, for balance, let’s also look at some of the minor issues that you may encounter.

On the other hand, here are a few tips that can help you solve the minor issues while on the road:

The Verdict – Is the 79 Series LandCruiser worth your money?

The 79 Series has a reputation of toughness and longevity. It can give you long years of driving and fun outback adventure.

It is worth your money, and it is the perfect car for you if you have the heart for off road adventures. If you would like to view our current LandCruiser stock please click here.