Top 5 Reasons to Buy a Ute 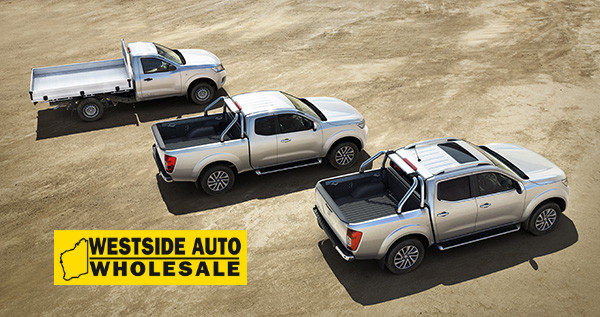 ven in the year 2020, everyone seems to love the ute. This vehicle is the right choice because it offers comfort like a sedan and has the sport utility feature that an SUV provides. Australians tend to prefer it over other vehicles, and there are many reasons why.

Though this history of the ute is somewhat confusing and strange, the future for this vehicle looks amazingly bright.

Most people don’t realize it, but the history for the Australian ute actually started in the United States.

The story most Australians know is that a Gippsland farmer’s wife wanted a vehicle to drive to church that could also be used through the week to take animals to market and run other errands.

Ford Australia didn’t put this vehicle style into production until around 1934, but the designer named Lew Bandt never got official credit for the ute creation because of the wording used.

The original definition for the utility vehicle was different from the light trucks you’ve seen around today. In fact, the bodywork of the ute continued in an unbroken line from front to back for the cabin. Light truck models in the past (and today) separate that line by contrast. Therefore, by this definition, modern-day utes aren’t the same classic utility vehicle that was offered in the years between 1930 and 1940.

While traditional utes aren’t produced in-country, this vehicle is part of the national Australian identity and is always going to make the ‘top 10 most popular car list’ in Australia. Whether you might know a place that has used utes of the traditional style or the more modern ones, here are the top five reasons to consider a ute:

As the name implies, utes can go wherever you need to go. Typically, the 4×4 utes are designed for the workforce in Australia and can be the difference between getting stuck or getting where you need to go. Many times, they have larger wheelbases and a wide turn circle, so they can get through the most challenging terrain options.

Most people don’t think of a ute as being fuel-efficient, but it actually is. With more people focused on petrol and the rising cost of fuel, this is significantly important. In fact, some dual-cab utes can be just as good on fuel as a new sedan!

Though safety is a major concern, the next thing to focus on is the fuel economy when buying a vehicle. Even a few years ago, the ute was a top choice, and it still is.

Take the Ford Ranger single-cab chassis, for example. It has a fuel consumption of about 6.5L per 100km with an 80-litre fuel tank. Since the XL has a high towing capacity, the fuel economy associated with it isn’t too bad.

There’s a ute for everyone out there, but the two best choices are the Hilux and Ranger. The Toyota Hilux is the top-selling product in Australia and was even 17 years ago. There’s also the Holden Commodore, so you’ve got many choices. Clearly, it’s not difficult to see how popular the Toyota Hilux Dual Cab Ute is, but there are single-cab utes that are just as good.

It has significant towing capabilities. Then, you’ve got the Holden, which focuses primarily on comfort and handling the road well with its V8 engine. When you need more than a car to go off-road, the Hilux and Holden have you covered. You’re going to like the 2-wheel-drive or the all-wheel drive. Though there was a 4WD a few years ago, it’s no longer available.

The economy car is always the top consideration because this is getting what you want and not paying a lot. Back in the old days, you would have to get a large vehicle for the family. However, it rarely did what you required when it came to towing and cargo holding.

Now, the market has changed significantly. With the Toyota Hilux and other options, you’ve got new vehicles to consider that are better than your average car.

Two of the features are something that the whole family can depend on. You’ve got bigger cab sizes and towing capabilities that are integral around the world. Though most people don’t even think about it, most would agree that it’s better to have more. Back in the day, the car was designed for large families, but now, the ute is redesigned to meet all of your needs in one.

Whether you prefer all the bells and whistles from a vehicle on the market or prefer a used Toyota over a new one, they work well for all types of drivers. The Hilux is a great choice, and many people like it because it is stylish. Even if you buy used from way back when it is sure to have a lot of life left in it.

Cars are essential for the family. There’s so much you can do with a ute, and it really makes sense to buy one for yourself. Whether for work or play, these vehicles can do just about anything. It’s easy to see for yourself.

It’s so much easier to do everything you need with a heavy-duty rear-wheel vehicle. They have a durable engine, and you can put a lot of things in them to haul. Now is the time to consider the best models. Say you prefer the best and visit a sales department to find a range of models that are great for almost any requirement.