Why Choose a Honda Hybrid? There Are Many Things to Love about This Vehicle

Hybrids are usually called a stepping stone between cars with internal combustion engines and pure EVs (electric vehicles). In a sense, this type of vehicle combines the two.

However, there are a few variations of the hybrid car, so we focused on the reasons you might want a Honda hybrid and how they work.

Advantages of a Hybrid Car versus a Petrol Powered Vehicle 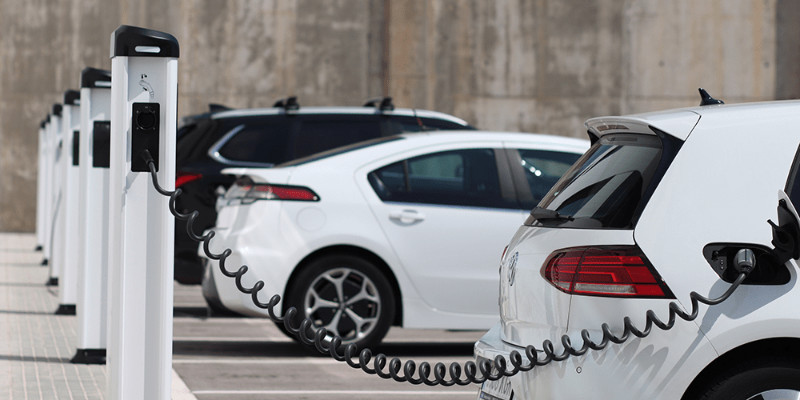 Hybrid vehicles consume less gas than other cars since the electric drive motor drives the wheels for some of the time. This often occurs at low speeds or from a standstill position and keeps going for the rest of the journey.

As the engine in the hybrid fires up, it doesn’t work as hard because the car is already moving, which also improves fuel economy. There’s a higher combined MPG, which ensures that you get better efficiency all around.

With EV mode, there aren’t any harmful emissions from your exhaust pipes, so hybrid vehicles are great in densely populated areas. However, even with the Honda CR-V hybrid, emissions are lower, which also promotes better fuel economy.

An electric drive motor is almost fully noiseless, so they’re quieter than a traditional engine. With that, they have a smooth operation because of the electric power, which improves comfort. Getting a Honda hybrid is a great choice!

With an electric motor, you have more power and torque, which offers a stronger throttle response and acceleration. There’s tons of electric power without the lag that many electric motors provide when you choose a hybrid vehicle from Honda. 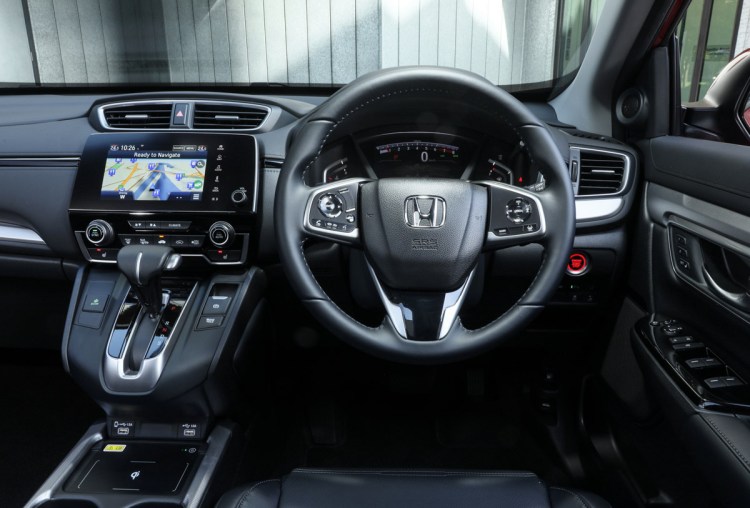 Many people worry about the resale value being low on their Honda Hybrid vehicles, but that rarely happens. Typically, you can buy them for less money, drive around town, and then get back most of your resale value.

However, you should think about your particular Honda hybrid car and determine what its resale value is before buying to have a better idea.

When the energy goes out while driving a hybrid, the battery could also go flat. However, there’s no anxiety over range (how far you can go) because the gas engine takes over as with a regular car. Therefore, hybrid cars like the Accord Hybrid can venture into remote areas that other electric engine options can’t handle.

No Waiting to Recharge the Battery Pack

As you’re driving a hybrid, you may notice that EVs require a full recharge, which takes about 30 minutes at high-capacity charging stations. If you’re using your home’s power socket, it can take up to 24 hours to fully charge the battery on a hybrid car. Still, with the gas engine, you can keep going when the electric aspect dies on your Honda hybrid vehicle.

Hybrid cars, like the Accord hybrid vehicle, don’t require dedicated parking bays to recharge the battery. Instead, the engine generates most of the electric power it requires.

How Do Hybrid Cars Work? 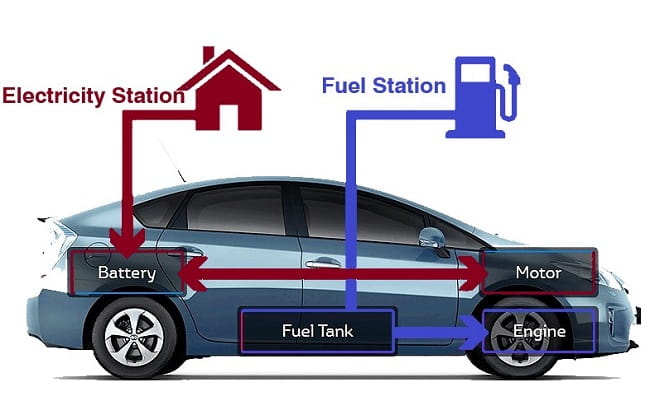 There are two styles of hybrid cars – regular hybrids (HEVs) and a plug-in hybrid version. Both use a gas-powered engine paired with a battery pack/generator and an electric motor.

The difference really centres around the battery size and the electric-only ranges available. Typically, though, you get a high combined MPG because the engine can take over and use gas when all of the electric energy is gone. Let’s learn more:

Typically, a hybrid vehicle (HEV) has a small battery pack to provide enough charge to get going. Then, the engine fires up to drive the wheels. From there, the motor chimes in as needed.

The lithium-ion battery pack gets charged by the engine as you drive, either on the move or while idling. Some hybrid models use kinetic energy from braking action, which is called regenerative braking.

You don’t need to externally charge the batteries, which is a bonus! In a sense, Honda Accord hybrid vehicles call themselves self-charging, which is true but also requires fossil fuel to do so. Still, you get a high combined MPG with cars like the Honda Insight hybrid!

The PHEV is a hybrid with a socket, so you have to charge it externally. There’s some energy feedback into the battery from the engine, but it’s not enough to fully recharge the vehicles while you’re moving.

Despite having the same size engine and generator, these Honda vehicles are closer to the experience of using an EV because they have bigger batteries. Since that’s the fuel (electricity), you can go further on one charge with a hybrid. Plus, the engines take over as needed as with a regular HEV.

The Honda CR-V Hybrid was one of the first plug-in hybrid vehicles on the market. It required little gas, which made it more efficient. Plus, the motor was durable enough to get it going, even if it couldn’t recharge the batteries completely.

Benefits of a Plug-in Hybrid from Honda

Conclusion – Why You Need a Hybrid from Honda

There are plenty of hybrid options on the market right now. If efficiency is your goal, they have extended MPG ratings, and you can spend less to buy and service them.

While a hybrid can be a bit heavier, it does have a decent powertrain. This means a hybrid has got more weight on its bones, though. Still, you can take them in almost any driving conditions, and the advantages are plentiful.

Consider the many 2021 Honda options if you want something fuel-efficient. Though the Honda Insight is hard to come by, other models are readily available. For example, the CR-V hybrid car has many advantages and has a durable powertrain on the highway or in the city.

If MPG and emissions are your primary concern, a hybrid is the best way to go. They offer many advantages, and you’re sure to find a system that meets any driving conditions you might encounter.

Look for an Accord hybrid today! You’re sure to appreciate the powertrain system on this hybrid. Though these Honda’s are technically gas-powered, they also run on electric current and are great for many people.

Westside Auto Wholesale
Why Choose a Honda Hybrid? There Are Many Things to Love about This Vehicle
Bentley
WA
6102
independent