Toyota Hilux Review: What to Know 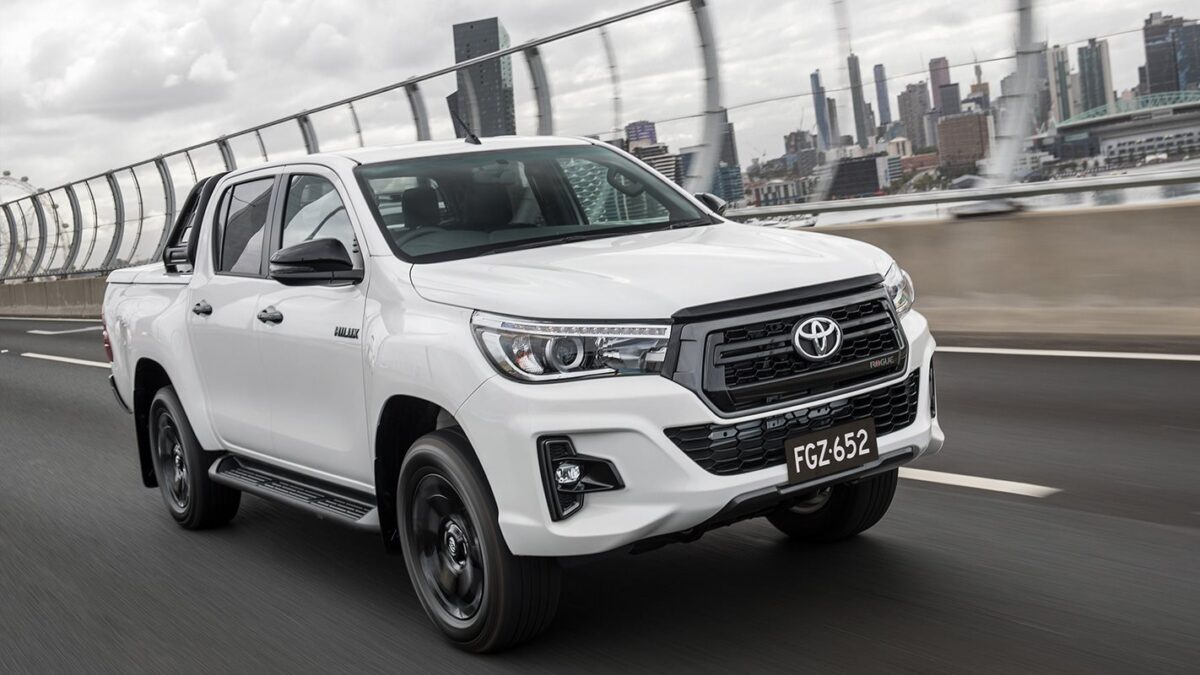 The Toyota Hilux pickup goes back to the basics and is a simple vehicle that has the load-lugging options you need with the visual appeal you come to expect from the Toyota brand. This new vehicle is less expensive than others, but still has the features you crave. We are going to review it in-depth to give you a better idea of what the Hi-lux can do for you.

Within the world of pickup trucks, the 2020 Toyota Hilux is like your dependable, reliable, solid workhorse. It’s not designed for show, but this new model offers a utilitarian approach that works for many. While there are flashier models out there, they may not have low road costs or be as practical as the new Toyota SR5 Hilux version.

Of course, this back-to-basics approach means that it isn’t totally exciting to look at, but for those who want a work vehicle, this isn’t likely to be a problem. You’re going to find it much more spacious than a car.

Even though it isn’t the prettiest or flashiest of vehicles, the Hilux Toyota has some tricks to wow from the cabin. In fact, we enjoy that the inside looks more like a car because of the recessed dials and sweeping dashboard. Plus, the 7-inch touchscreen with Apple Carplay and Android Auto makes it an excellent auto option.

While the dual-cab models give you more space, the backseat is very cramped with the Extra Cab model. Still, the new Double Cab Toyota Hilux SR5 has larger seats for a premium price that feels more like a car. We recommend going for that if you plan to have people with you or need interior cargo space.

The load bed of the Toyota Hilux SR5 can be quite spacious if you choose the Single Cab. Those who need the Dual Cab to hold more people inside have to sacrifice some space in the bed of the truck. Regardless, you can still carry more than a ton of weight in the back.

While many new auto options on the market allow you to pick your engine, the Toyota Hilux does not. You get a 2.8-litre, four-cylinder, and turbo-diesel engine and can choose a six-speed manual transmission in the 4×4 Double-Cab. The rest of the trim levels utilize a six-speed automatic transmission.

Most people choose the four-wheel-drive layout, but you can also get rear-wheel drive in some of the models. Of course, the 2.8-litre Turbo Diesel engine is designed to be similar to that of a car. Still, you know that diesel fuel often adds power, making the 2020 Toyota Hilux an excellent addition to the road. Costs for these models can vary widely based on the features you choose, such as cruise control, manual transmissions, and the technology provided.

Cruise control isn’t standard on the entry-level models of the 2020 Toyota Hilux. Also, automatic emergency braking is only available for the mid-range diesel models. Even so, the new Toyota Hilux offers a towing capacity that can’t be beaten. With only 150hp, you can haul your load and passengers without much fuss. It’s rated to tow braked trailers weighing up to 3500kg, though this depends on the auto model you select.

The steering is light, and it has excellent forward visibility, so it’s easy to maneuver around town. Still, it can get bouncy on a country road and might not take tight turns.

What Builds Are There?

Years ago, you could only get the quality and performance from top brands, such as Ford or Mitsubishi. However, the Toyota Hilux is now part of the mix and is as popular as Volkswagen, Mercedes, and Mazda. Its previous options aside, the Toyota Hilux is a ute that offers more power and towing capacity, but it also has a robust design and more technology. You can find two variants, including:

While they are all similar to the Toyota Hilux Workmate and the Rugged X, they have been updated. As part of the new Toyota Hilux range, you get a diesel-particulate filter and can drive away on one of the best utes for payload. If you want a new car in Australia, the Toyota Hilux is the best-selling option on the market right now.

There’s more than meets the eye with the Toyota Hilux. If you’re thinking of choosing one of the rivals, take our advice and give this one a try first. There are many versions out there, but the Toyota brand has been making some big changes. This allows you to build yours with these accessories:

When it comes to safety, the Toyota Hilux SR5 has you covered with seven airbags. They go on the sides as curtains, around the driver’s knee, and can protect the passenger and driver’s heads. All versions of the Hilux also have a pre-collision safety system as standard. High-end models come with cruise control, autonomous emergency braking, and detection for cyclists and pedestrians.

How Does It Drive?

As you ride in the Hilux, you may feel that it’s quite comfortable unless you go over big bumps. However, it’s not focused on passengers and is designed to be a workhorse of sorts. There could be some changes to the suspension to help it go smoothly over ruts and potholes, but it’s nothing more than most other work trucks you’ve ridden in before.

Though the engine can only produce 150hp – which is much less than the Ford Ranger – it’s perky enough to deal with a full bed and full cab of people. It can also pull just as much weight as the Ranger and more than the Volkswagen Amarok, so the Hilux is up there with the top brands on the market.

The Hilux can get about 39 miles to the gallon, though it could grumble a bit if you accelerate too hard. Still, you aren’t going to have problems seeing over the bonnet because there are slim pillars and a large windshield. However, the Hilux does have thicker rear posts, which could obstruct the view from the back. High-end trim levels provide a reverse camera to help you overcome these issues.

The auto industry is ever-changing, and there are big changes in store. This review talked about the 2020 version of the Hilux to help you decide if it’s right for you. Watch out for the new 2021 Toyota Hilux, as it is sure to have even more exciting things waiting for you.

Reading reviews is the best way to get relevant news and unbiased opinions. This year, the Hilux SR 5 might be the best option on the market, and you aren’t limited as to the features you can choose.

If your in the market for a Toyota Hilux view our current stock today.